The worst foods to eat on a diet are sometimes self explanatory and sometimes incredibly surprising. Typically you think solely of fattening foods and thing when you’re thinking about the worst diet foods. However, there are some foods and beverages that many people think are good for them when they’re trying to lose weight, but in fact they aren’t. Here’s a list of some really bad diet choices – feel free to add to it after reading through!

Although I know white bread is one of the worst foods to eat on a diet, it’s always tempting. I just prefer white bread. However, it doesn’t really have any value in terms of nutrition and it’s filled with bad carbs and your body treats it like sugar, so it ends up giving you even more fat to store.

This one really goes without saying, but here’s the thing. It’s tempting to think cereal isn’t really that bad, especially if you only eat it as a snack or something. I’m not going to say that it’s horrible to get a craving for Lucky Charms marshmallows or something on occasion because seriously, sometimes you just want sweet cereal, but it is bad. You need something with nutritional value, something that doesn’t need a lot of sweetener added to taste good. 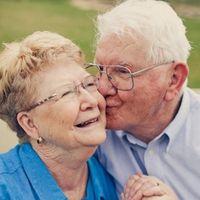 7 Ways to Deal with Pressure from Would-Be Grandparents ... 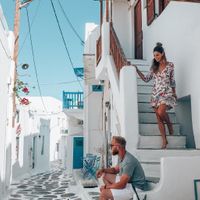 Vegetable oil is a bad diet choice simply because so much of it contains way too much fat. They’re also heavily processed, so they aren’t particularly good for you. There are alternatives, however, like extra virgin olive oil or even canola.

You need calcium, so if you can incorporate dairy products into your diet, it’s a good idea. However, whole milk has a lot of fat, naturally, so it’s best to stay away from that. Skim milk is a much better alternative, or you may want to try soy or almond milk instead.

There are some diets that benefit from potatoes but, for the most part, potatoes are one of the worst foods to eat on a diet. It’s worse when they’re fried, as with French fries and chips, especially. If you eat potatoes occasionally, that’s not so bad, but it still needs to be in moderation. Baked potatoes, mashed potatoes, and boiled potatoes are healthier than the fried options, but it’s still best to moderate and make sure you don’t eat too much starch in the rest of your meals.

Natural fruit juice isn’t one of the worst diet foods – or drinks, rather – in comparison, but it’s a slippery slope. First you have to make sure that your juice really doesn’t have any additives, concentrates, or extra sugars, but even then, water is a better beverage. It’s just much better to eat real fruit when you’re trying to lose weight.

Soda is another bad choice when you’re on a diet. All that sugar is one of the most prevalent, serious causes of obesity in the United States. Diet soda is better in helping you lose weight, but even it’s not that healthy. Again, it’s much better to drink water, as often as you can.

Needless to say, you need to avoid all kinds of junk foods when you’re trying to lose weight. If you have a tendency to snack, look for healthier alternatives to your favorites. The world is trying to become a healthier place, so you can typically find a low fat or fat free choice for any traditional junk food – and mind you, that includes chips, dips, fast food, candy, cookies, and cakes – an entire spectrum of unhealthy snacks. Avoid them as much as you can, and look for a better version.

When you’re trying to lose weight, shopping gets more difficult. You might stumble over the worst foods to eat on a diet without even knowing it. For instance, you might see low fat or fat free deli meats and think some turkey or chicken would be a much healthier alternative to make for your lunch each day. Not so much. Those meats are so processed; they ultimately lead to weight gain. If you can, spring for the fresher, healthier variety; go for freshly cut varieties instead.

Peanut butter is good for you in some ways. In others, it really won’t help you lose weight, especially if you eat a lot of it. The protein is good, but you need to moderate your intake if you’re a peanut butter buff, and mix it with healthy things.

Like say, some of the worst foods to eat on a diet are really surprising. You don’t expect them, because they seem like they’d be healthy. Sometimes you can’t avoid eating them anyway, and again, as long as you monitor how much you eat, you should be fine. Do you have any other bad diet choices to add to the list?

What should i eat fast food ...
How many walnuts to eat per day ...
What to eat when recovering from anorexia ...
Is it okay to eat junk food once in a while ...
When a guy presses his cheek against yours ...
What fish is good for high blood pressure ...
What to say when you get rejected by a guy ...
How to avoid people at school ...
How to get your mom and dad to stop fighting ...
What foods will lower blood sugar quickly? ...