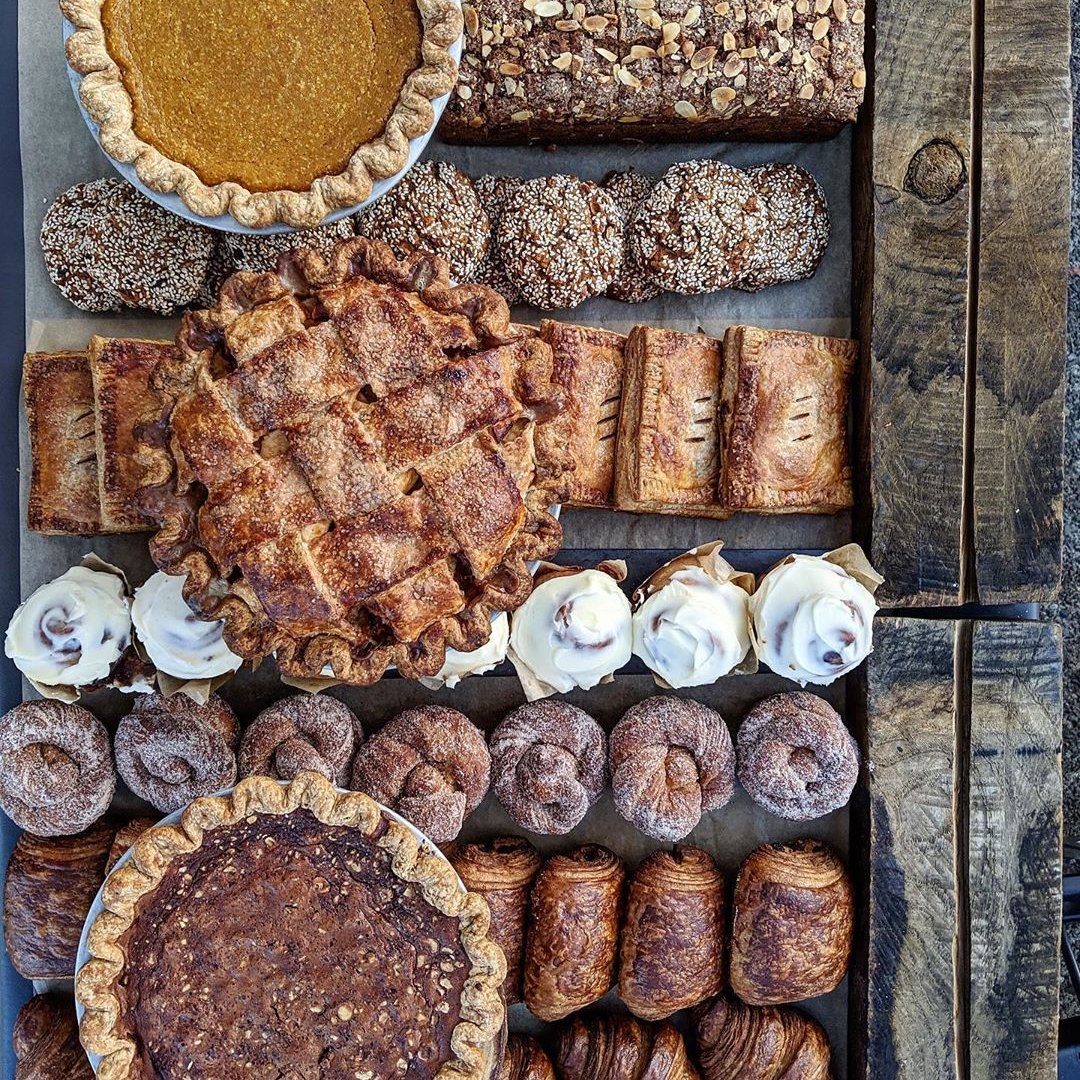 I feel like whole grains received this huge nutritional spotlight for awhile, but have now become the bad guys in the vast and ever-changing world of nutrition. With the rise of the Paleo diet, among a few other grain-free diets, whole grains are now being avoided by some people that don’t even know if they should avoid them or not. I can say that because I used to be one of them. I’m like many people, who went through a carb-phobia phase. I wouldn’t touch anything that was a simple carbohydrate for anything. Not even fruit, and especially not whole grains. A couple decades ago, though, grains were the superstars of nutrition, highly marketed, and thought to be the go-to food to consume for health. The individuals within the food industry looking to gain profit changed the way grains were made, making them cheaper to produce and reducing their nutritional profile, all make more dollars. This didn’t just increase their profits, but also our waistlines. When whole grains were so highly marketed, they also became unhealthier. We saw a huge increase in type 2 diabetes around this time in the early '90s, which spawned the huge growth of the low carb diet a few years later. Yet in their naked selves, if you will, certain whole grains are actually great for you, and even your weight. Unless you have a proven digestive intolerance to them, there is no reason why you should avoid them. I’ve now added them back to my diet, by keeping a few things in mind of course, and guess what? I’ve benefited in a multiple ways. Plus, despite all the unhealthy way grains are processed today, there are still some fantastic sources of whole grains that were made exactly the way nature intended them to be. Below you’ll find just what you need to know about a food that gets more controversy today than fat ever thought about.

1. They Aren’t the Enemy

The first thing to remember is that whole grains aren’t the enemy. Unless you have a medical condition proving you don’t tolerate them, removing them from your diet is not necessary. Without sources of carbohydrates from healthy foods like starchy veggies and 100% whole grains, your body will stop functioning as it prefers. As long as you choose unprocessed whole grains, not those cereals that say “whole grain” on them, then you can be sure you’re getting the best whole grain possible.

Yes, whole grains are a dense source of carbs, so you definitely want to be mindful of your portions and not eat a cup or more at a time. A serving size of whole grains is about one third of a cup. Like other dense foods such as nuts, a little goes a long way!

Whole grains are also very calming in certain ways, which is one of their many benefits. They can help calm your nerves, some are easy to digest, which calms your stomach when it’s queasy, and they also help reduce symptoms of PMS associated with anxiety. Plus, because they reduce stress, this makes them excellent to have first thing in the day, or for dinner when stress is usually high.

Due to the B vitamins and magnesium in whole grains, they’re also incredibly energizing. They can be consumed anytime of the day, but are especially great at breakfast when you need all the energy you can get. Just pair them with a healthy protein so your blood sugar stays as even as possible.

5. Great Sources of B Vitamins

Just because whole grains are fabulous foods, it doesn’t mean they are for everyone. So if you don’t tolerate them, don’t feel you have to eat them. Some forms of digestive disorders, like celiac disease or leaky gut syndrome, can make people sensitive to even the healthiest whole grains, and even gluten-free whole grains. That’s perfectly okay! Just at least give them a try before you rule them out.

7. Some Are Better than Others

Like all foods, some options are better than others when it comes to whole grains. Gluten-free choices are usually the best way to go. Even if you’re not gluten-sensitive, most gluten-free grains are digested much easier and contain less irritating properties to the gut. This being said, gluten-free oats, buckwheat, millet, teff, quinoa, sorghum, amaranth, black rice, brown rice, and wild rice are all the best options, higher in nutrients, and lower on the glycemic index. They’re also much more digestive friendly as well. Technically teff, quinoa, amaranth, sorghum, and buckwheat are not even grains, but pseudo-grains, which are actually seeds. Yet, they cook up just like whole grains and have nutritional similarities to most whole grains, so they are often categorized and marketed as whole grains.

My favorites right now are rolled oats, quinoa flakes, and wild rice. I find them delicious for breakfast as a hot cereal, or at night stirred into a soup or made into a savory porridge. Which whole grains are your favorite?