10 Myths and Facts about Caffeine ...

Caffeine is one of those fabled substances that we all we think we know about. As non-scientists however, much of our knowledge is garnered from the various facts about caffeine we pick up. But just how many of these so called facts about caffeine, are indeed that – caffeine facts – or are they myths and misconceptions? Here are some truths about caffeine and some myths too:

Contrary to popular belief, coffee does not cause insomnia. Insomnia is a debilitating, consistent inability to sleep. The fact about caffeine is that it can affect the human body for over five hours, longer in those with sensitivity to caffeine so as long as you consume coffee in the morning, you shouldn’t feel any effects at night. So, whilst it might inhibit a night’s sleep if you drink it 5 hours before bedtime, it’s a one-time thing, easily avoided. It’s more than caffeine can delay sleep rather than prevent it.

This ‘keep-awake effect’ that can last up to 5 hours or more is exactly why people drink cups of strong black coffee when they are flagging and need a boost. Caffeine doesn’t provide any energy directly. It has the same effect as a shot of adrenaline which in turn acts as a catalyst for a rush of sugars into the bloodstream, hence the impression of renewed energy.

2 Caffeine as a Dieting Aid

People think that caffeine will help with weight loss. The facts about caffeine are that, although an appetite suppressant, you also need to make changes to your diet and lifestyle in order to see any definite change in weight. Caffeine alone won’t prevent weight gain or assist weight loss on its own. 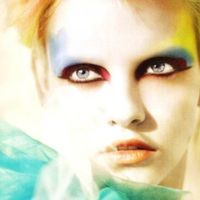 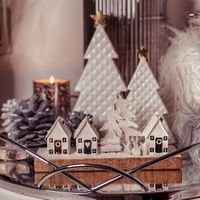 A little known fact about caffeine is that it is used in cold remedies to assist with the absorption of the medicine in the body. The addition of caffeine to cold remedies means that less medication is needed to be just as effective. Great news if you want fewer side effects.

4 Caffeine is a Drug

It is a fact about caffeine that it is a drug, a legal drug but a drug all the same, and this is often forgotten. It has very few health benefits that have been fully confirmed but caffeine has anti-inflammatory properties, and it has been suggested that caffeine may reduce the likelihood of developing dementia, Parkinson’s disease, diabetes (type 2) and liver disease as well as colon cancer. All that in a humble cuppa!

It is reported that caffeine could help prevent depression. Studies have shown that those who drink more than two cups of coffee a day are less likely to suffer from depression. More research is currently taking place to find out if caffeine can have a lasting effect on the prevention of depression, and the results also showed other interesting trends.

False! This is one of the common caffeine myths. Yes it is a drug, but unlike alcohol and nicotine, it doesn’t have addictive properties. Consumption in moderation is perfectly fine. Habitual drinkers who say’ I can’t do without my 10 cups of coffee a day’ have conditioned their bodies to expect those regular hits of adrenaline, and if they miss this, they are likely to develop headaches, fatigue and nausea, but there’s not the devastating side effects of either alcohol or cigarettes, and the symptoms are easily overcome with a glass of water and an aspirin.

7 Not a Hangover Cure

One of the most common myths about caffeine is that it’s the best thing for a hangover. People believe that a fact of caffeine is that it can sober you up after a heavy drinking session, but this is entirely untrue. Whilst you might feel like it has sobered you up, your judgement and reactions will be just the same as any drunken individual. Caffeine acts like an adrenaline shot to your bloodstream, but this is mainly psychosomatic rather than actually negating the impact alcohol is having on your sensory and physiological functions.

8 Good for Your Skin

An interesting fact about caffeine is that it is used in many skin preparations due to the smoothing effect of the caffeine, making wrinkles in the skin appear reduced. So the next time you need to perk up your skin, caffeine enriched face creams may just be the answer!

Many people think that caffeine can dehydrate the body but whilst it is a mild diuretic, the amount of liquid consumed and the amount of liquid expelled in urine, sweat etc is probably almost the same. Therefore, it’s a fact of caffeine that a cup of coffee may make you urinate slightly more, as long as you are drinking sensibly overall, you will not dehydrate.

These facts about caffeine have been verified by sites such as Webmd. They all seem to say that whatever we may think are facts about caffeine, in moderation (like most things), caffeine consumption is harmless and in some cases, is even beneficial. Did any of these caffeine facts and myths surprise you?

fashion
8 Weird Fashions from History ...
hair
This is What Your Stylist is Really Thinking when Youre in the Chair ...
love
6 Myths about Men That Are Completely Not True ...
beauty
8 Best Sunscreens for the Ultimate Protection ...
diy
Diy christmas tree with wire hangers

What is club membership in hotel ...
How many calories are in a gram of sugar ...
What happens after sorority initiation ...
What foods have dairy ...
How to hide electronics ...
What can you do when your 18 in ontario ...
How do women masterbate ...
What to do on 30th birthday ...
How to apply clear lip liner ...
Is pizza good to eat before drinking ...