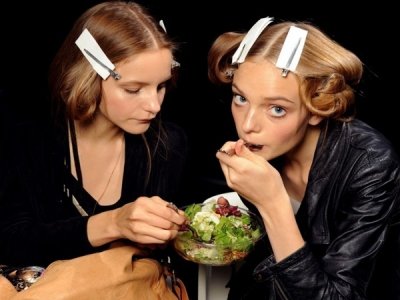 Everyone knows about the Paleo craze that has swept the world, but there are a few things you need to know before going Paleo. It’s important to take all things into consideration before embarking on a new way of eating, particularly one as unique as this. I hope these things to think about before going Paleo help you come to a decision that is right for you and your body.

Out of all of the things to know before going Paleo, this is perhaps the most important. Don’t go Paleo expecting to lose weight. Eating Paleo is not a weight-loss diet: it’s a way of eating which you adopt for the rest of your life (if you enjoy it!). The truth is that many people don’t lose weight eating Paleo, and in most instances, they actually gain a little bit of weight.

Because meat and protein is such an important part of eating Paleo, be prepared to be spending a lot more at the shops. Meat is not cheap, and because Paleo requires you to only eat grass-fed, organic meat, you’ll be paying even more. Quick, cheap, processed snacks are out of the question too. Expense will probably also be a problem when eating out.

In Paleo, it is widely accepted that you can have a ‘cheat day’ once a week or so (depending on personal preference) where you are allowed to treat yourself to a packet of chips or a big, delicious slice of bread. Because Paleo is not a diet, having cheat days is not a big deal, and you can pick right up where you left off the next day. However, lots of Paleo people say that after a while they lose their appetite for those things they’re not allowed to eat, so cheat days become unnecessary.

4. It’s Not Healthy for Everyone

If you go Paleo, you’ll be eating huge amounts of protein daily, which is not always healthy. Some people’s bodies can cope with the high amounts of protein consumed, while others can get very sick. It is always best to consult with your doctor before adopting any new eating habits, just to be on the safe side.

If you’re the kind of person that likes buying lean cuts of meat and cutting fat off when you cook, maybe you need to rethink going Paleo. You’ll be eating a lot of fatty, hearty stews and more flavoursome cuts of meat, so be prepared to consider fat your friend. After all, these fats are not detrimental to your health - they can actually be really good for you, in moderation.

Let’s get this straight: if the reason you’re going Paleo is to eat like our ancestors, then your expectations are probably a little bit unrealistic. We live in a day and age where eating like cavemen is impossible, with meat coming from farms and most of the groceries bought coming in individual packages. Our ancestors had short life expectancies and all kinds of health problems, so eating like them probably isn’t ideal anyway.

If you’re someone who is concerned about the impact your food has on the world around you, then Paleo probably isn’t for you. Grains make up an enormous part of this world’s farming industry, and if everyone in the world went Paleo we would see a breakdown of all of these crucial farms, leaving all of those farmers broke. It’s probably a good idea to research the environmental impact you will have before going Paleo.

Going Paleo is quite a big decision, and it’s really important to take everything into consideration. I hope this list has helped you at least a little bit when considering everything you need to know about going Paleo. Do you follow Paleo eating habits? What are things about it you didn’t expect?