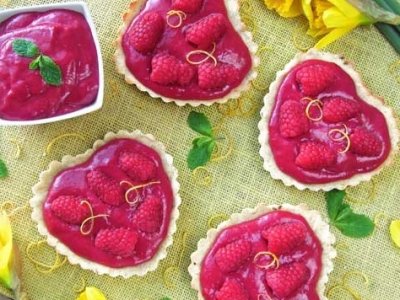 Paleo and raw vegan diets appear to be at opposite ends of the spectrum; however, there are some key similarities between these two diets. Loren Cordain, Ph.D. is at the forefront of the paleo diet, which postulates that humans are meant to eat a hunter-gatherer diet. People who follow this diet strictly limit their food consumption to grass-fed meat, fish and seafood, fresh fruits and vegetables, eggs, and healthy, cold pressed oils. Grains, legumes, dairy, refined sugar, potatoes, processed foods, salt, and refined vegetable oils are prohibited on the paleo diet. Like the paleo diet, the raw vegan diet has several key components. Raw vegans do not eat animal products of any kind. They also only eat raw, uncooked food, which they view as healthier because all of the vitamins, minerals, amino acids, and enzymes remain intact when they are raw. Additionally, raw vegans often cite Dr. Campbell’s China study to explain why lower protein intake is healthy. Dr. Campbell discovered in the 1980s that the rural Chinese had a protein intake between 5 and 10 percent and were much healthier than the people in the Western world. At first glance, you can see that paleo and raw vegan diets are very different. Yet, despite their differences there are similarities between the paleo diet and the raw vegan diet.

One of the most glaring similarities between paleo and raw vegan diets is that both eliminate dairy. Both diets argue that humans are the only species that drink milk past infancy, and they are also the only species that will drink milk from another creature. You will often hear paleo and raw vegan followers assert that cow’s milk is meant for growing baby cows, which is undeniably true. The more scientific reason that people following these diets stay away from dairy is because the casein and whey proteins found in milk are very difficult to digest and are highly allergenic. Also, many people do not produce lactase, the enzyme needed to digest milk, past infancy. This makes it impossible for them to digest the lactose found in milk. Additionally, paleo and raw vegan followers assert that dairy is very acid forming, which makes it difficult for your body to maintain a healthy pH. Clearly, there are a many reasons paleo and raw vegan diets stay away from milk, but there are also other foods that both groups deem unhealthy.

If you have never heard of phytic acid, you are not alone. Phytic acid is an antioxidant compound that binds to minerals, making it very difficult for your body to absorb the minerals it needs. Phytic acid is found in grains, legumes, nuts, and seeds. Both paleo and raw vegan followers attempt to drastically reduce phytic acid consumption in an effort to maximize mineral absorption. People following the paleo diet eliminate grains and legumes from their diet, while people following a raw vegan diet eliminate or sprout grains and legumes. Sprouting neutralizes phytic acid by introducing the enzyme phytase. Interestingly, both groups consume nuts and seeds; however, nuts and seeds are often soaked overnight in an attempt to reduce phytic acid.

Paleo and raw vegan diets place a large emphasis on eating an abundant amount of green leafy vegetables, and for good reason. Green leafy vegetables are among the healthiest food there is that you can consume. They have many nutrients that help keep your body healthy. Paleo followers tend to consume greens in salads or as cooked sides to the main meal. Raw vegans, on the other hand, will often drink green smoothies or green juice in addition to having salads as a way to consume ample amounts of greens. However these leafy vegetables are consumed, they are extremely healthy and should be eaten no matter what diet you follow.

Since it was promoted as a health food, soy consumption has skyrocketed in the Western world, in some cases to levels higher than what is consumed in Asia. Despite being touted as healthy, soy does have some negative effects on health, which is why paleo and raw vegan followers avoid soy. Soy is an estrogenic food, and eating it can lead to reproductive problems in some women. Also, eaten in large quantities, soy can have a negative impact on your thyroid by causing it to become enlarged and not function properly. Obviously, soy isn’t the healthy food people have claimed it to be, which is why paleo diets and raw vegan diets avoid soy.

Eating diets that are heavy in processed foods, dairy, and animal products can make your blood more acidic. Because your body does not allow much variation in blood pH, it will pull calcium from your bones to neutralize the acid. This puts you at a much greater risk for bone density issues. To combat acidity, paleo followers seek to achieve balance by consuming alkaline foods such as fruits and vegetables, leafy green vegetables are especially alkaline forming. Likewise, raw vegans try to eliminate acidity in the body by consuming alkaline foods. Raw vegans tend to go a step beyond paleo followers because they eliminate animal products, which are very acid forming in the body. Despite this difference, both groups achieve a more balanced pH, which is much healthier.

You have probably noticed that all of the similarities between paleo and raw vegan followers are similarities that are based on principles of health. Both of these diets are looking to help people achieve the best health possible. These are not considered weight loss diets, although people will often lose weight when they switch to one of these diets. Instead, these diets focus on health. Nearly every food choice is made with the idea that certain foods promote health and certain foods are deleterious to health.

Paleo and raw vegan diets are vastly difference, but their emphasis on health has resulted in several similarities. Both diets have their benefits, and if you are thinking about following one of them I suggest you learn about each of them in depth. I can’t tell you which diet is best for you, but I can tell you that each of these diets has obvious health benefits. Did you know there were so many similarities between paleo and raw vegan diets?