7 Reasons to Consider the Paleo Diet ... 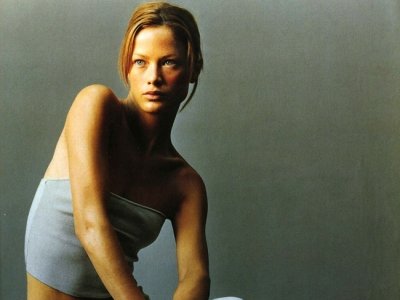 The Paleo diet has been under intense scrutiny recently. For as many people that rant and rave about its benefits, there are just as many who exude caution and apprehension. Personally, I think you should follow the diet that works best for you. We’ve seen the human race survive on a wide variety of eating plans, and ultimately it’s about what you prefer. With that said, if you’re still trying to figure out what kind of diet you want to follow, the Paleo diet has some great benefits worth considering. Check out these seven intriguing reasons to consider following this trendy eating style.

1 Could Help You Lose Weight

Have you been following a low-calorie or low-fat diet for years, but still can’t seem to shed the weight? Maybe it’s time to switch gears. The Paleo diet instead restricts your carb consumption by eliminating consumption of refined sugars, grains, legumes, and other foods that rank pretty high on the carb scale. Cutting carbs might be just what you need to lose those stubborn five or ten pounds. If you’re looking for a new and innovative way to lose weight, consider trying the Paleo diet.

2 Can Help with IBS and Other Stomach Problems

The Paleo diet operates under the premise that you should only eat foods available to humans during the Paleolithic era. This means modern inventions in the food world, like chips, ice cream, and even wheat, weren’t part of our original diet as human beings. Advocates of the Paleo diet thus argue that eating this way is how we were biologically designed to eat and live. If you’re got stomach pains, IBS, or other digestive ailments, proponents of this diet argue that your symptoms could be alleviated. If you’ve tried both medications and other lifestyle changes for your stomach and still aren’t getting relief, maybe the Paleo diet is the perfect plan for you.

Diabetes, specifically type II diabetes, is one of the most common chronic illnesses in America. Experts attribute the rise of this disease to rising obesity rates as well as a rise in our consumption of processed and other junk foods. The Paleo diet strictly forbids eating chips, crackers, cookies, and basically any boxed or processed food. Whether you’re currently suffering from diabetes or want to make sure you never develop it, you might be better off following a diet like the Paleo diet, which abstains from these disease-causing foods.

Whether it’s heart disease, hypertension, or arthritis, the medical field is now agreeing that many of these diseases are caused by chronic inflammation in the body. Although your heart is quite a different organ from, say, a joint in your knee, it is the same kind of inflammation that causes problems to both parts of the body. Eliminating grains and legumes on the Paleo diet is thought to alleviate some of this inflammation. Remember, inflammation also leads to premature aging. Start the Paleo diet as a potential way to stay younger longer!

Because of all the nutrient rich fruits and veggies you’ll consume on the Paleo diet, your brain function could definitely improve! People who follow the diet often report having better memory and cognitive function. By removing foods like refined sugars and carbs that could make you sluggish during the day, you’ll definitely be on your A game at work or school.

The Paleo diet doesn’t just call for a ton of fruits and veggies—you’ll also be filling up on lots of protein! Protein is the best macronutrient to consume if you’re looking to put on or even maintain lean muscle mass. It’s super satiating, boots your metabolism, and helps your body recover quicker from intense workouts. Better yet, the Paleo diet recommends consuming local and/or organic protein sources.

Who wouldn’t be interested in a diet that gave them more energy? Once you’ve overcome your sugar withdrawal, the Paleo diet suggests you’ll have tons of energy. The lean, fat-burning combination of lean protein and nutritious veggies will keep hunger at bay, help you lose weight, and give you loads of energy. Paleo supporters argue that getting rid of refined sugars and processed food along with grains and other starches can lead to higher energy levels. Try the Paleo diet if you’re looking for a new way to feel invigorated each and every day.

The Paleo diet is by no means a cure-all. But it’s been very beneficial to many people who feel great and are healthier from living a Paleo lifestyle. What are some of your reasons for giving the Paleo diet a shot?