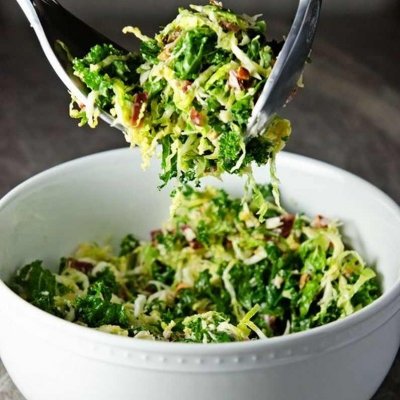 2015’s biggest diet trends are here! Last year we were gripped by cupcakes, cabbage soup and juicing, and there was a strange nostalgia for the Paleolithic era, too. So what does this year have in store? Some of the biggest food companies have been assessing what they think the biggest diet trends of the year will be, and here are the top runners. Will you be trying any of them?

Yes, this is a weird as it sounds. It seems the vegan diet isn’t extreme enough for some people, and instead, they’re going to eat just raw food. The most bizarre thing? It sounds like this should be a really easy diet – raw food means no cooking, right? So less equipment, and less cooking time. Wrong. The raw food diet means you’ll need to be juicing, blending, dehydrating, sprouting, cutting and rehydrating. The better news? It’s supposed to be brilliant for upping your vitamin levels, and cutting out processed food is sure to make you feel good for a little while. It’s just a little too hard work for me.

You might have heard of 5:2. The basic ideas is that longer periods without food could be key to weight loss, so this diet works by restricting calories on just two days of the week. On those days, you eat around 500 calories only. On the other five days, you can eat up to your daily recommended calories. Do keep your eye on your eating, though. Exceeding your daily calories on a regular basis will certainly blow the benefits away.

It’s the year of Vikings. From computer games featuring our Norse friends to this diet, they seem to be everywhere all of a sudden. So what does the Viking diet entail? Mainly eating things that can be easily foraged. Berries, root vegetables, fish, snails, seaweed and smaller animals such as rabbit are the name of the game. So, basically healthy living, with a locally-sourced twist.

This one is crazy. DO NOT TRY IT. The five bite diet means you skip breakfast, have five bites of lunch, and five bites of dinner. It means you can, in theory, eat anything that you want. The problem? You’ll never eat enough calories this way, which isn’t good for your body, and will make losing weight harder. You’ll also really struggle to stop eating after five bites, which can lead to repeated failure and all the negativity that brings, and you’ll be on the brink of an eating disorder on the days that you do pull it off. Just no. Eating in moderation is good, but you need to be eating a decent amount, too!

I have my suspicions that this was born of a Twilight lover…anyway, the werewolf diet involves the completely bizarre practice of matching your eating habits to the lunar calendar. On a full moon, you’re allowed only water and juice. There’s no real science as to why. There isn’t even any faux science. Pretty much, this is a diet someone dreamed up. Give it a miss…

You might have heard of this one already. Beyonce admitted to doing it once, as did Jennifer Aniston, allegedly. It basically involves living off baby food. It’s said that Jen lived off 14 jars of the goo a day, teamed with a “normal” low-calorie dinner such as chicken and vegetables. You can eat any flavor or combination, as long as it’s baby food. Doesn’t sound too tough, right? Well, the testers in a long study found it nauseating after just two days, and a few suffered severe nutritional deficiencies. It also has the same effect as a hard detox – so expect constipation, at the minimum!

Yep, as you can imagine, this crazy fad involves choosing just one type of food to eat, usually a fruit or vegetable. So, if you monomealed on bananas, they’d be all you’d eat. Sliced banana for breakfast, banana for snack, pureed banana to drink. It can look surprisingly tasty through an Instagram filter…but in real life it’s not healthy at all. In fact, a nutrition expert has warned that this diet is “totally disingenuous and wholly incompatible with digestion and health.” So that’s that, then.

Have you heard of any fad diets that you think will be big this year? Whether it’s a celeb pushing a new trend or a new food habit which should have us all dropping a dress size, I’d love to hear what diets you think will be huge!