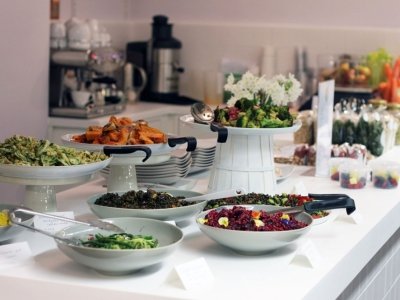 The Nurse’s Health Study began in 1976 and is one of the largest and longest running studies on women’s health. When the results for the study’s analysis of heart disease risk came in, researchers discovered that eating a plant based diet could significantly reduce the risk of heart disease. The study found that the cholesterol found in one egg can cut a woman’s life short by as much as smoking five cigarettes a day for fifteen years! Conversely, they discovered that eating the amount of fiber found in one cup of oatmeal or eating two handfuls of nuts a week can increase your lifespan by as much as jogging for four hours a week! Both of these findings point toward the benefits of a vegan diet for reducing the risk of heart disease.

Incidents of cancer, especially fast growing cancers, are the lowest amongst vegans. This is something worth noting, considering cancer is the second leading cause of death. One of the main reasons a vegan diet is protective against cancer is the effects it has on IGF-1 levels and IGF-1 binding proteins. IGF-1 is a cancer promoting growth hormone that is kept in check by the IGF-1 binding protein. Because a vegan diet decreases IGF-1 while simultaneously increasing its binding protein, cancer rates are much lower in vegans. This is a very compelling reason to follow a vegan diet!

Chronic obstructive pulmonary disorder, or COPD, is a progressive lung disease that makes it difficult to breath. Emphysema and chronic bronchitis are the two most common COPD diseases, with emphysema being a complication of smoking cigarettes. There is promising new research suggesting a vegan diet can prevent and treat COPD. Indeed, the research is so compelling that cigarette companies have conducted experiments in adding acai berries to cigarettes. They then had mice inhale cigarette smoke, and found that these mice were much less likely to develop emphysema! I think this is a bit extreme, but it definitely points out the protective benefits plants have for lung disease.

Strokes occur when there is a lack of blood flow to part of the brain, and the effects of a stroke can be devastating. Strokes can leave a person unable to walk and speak, and they can make a person completely dependent on others. The great news about a vegan diet is it can prevent strokes. On average, vegans consume much higher levels of potassium, and potassium is a key mineral in stroke prevention. Interestingly, bananas are not the best source of potassium. They don’t even come within the top 50 best sources. Beans, green leafy vegetables, and dates are the best sources for potassium.

Obesity has become a serious problem in the western world, and it can lead to many diseases. However, it is interesting to note that vegans are rarely obese. It is true that on average vegans consume fewer calories; however, when researchers controlled for calorie consumption, vegans still weighed less. It is still unclear why this is true, but there are several theories. One of the theories is that a vegan diet leads to higher levels of propionate. Propionate is a chemical produced by gut bacteria when they digest fiber, and it inhibits cholesterol synthesis, slows the growth of new fat cells, and makes you feel fuller longer. It is possible that the propionate levels result in fewer incidents of obesity in vegans.

Your kidneys filter your blood and make hormones that keep blood healthy and bones strong. When the kidneys are damaged and can’t properly filter blood, harmful waste can build up in the body, your blood pressure can increase, and your body can retain excess fluid. It is a terrible condition to have, but it can be controlled with a vegan diet. In fact, one week on a vegan diet can improve kidney function. A vegan diet can also prevent kidney failure because it removes the risk factors of animal protein, animal fat, and cholesterol.

Some studies have discovered that removing animal products can improve a person’s mood in two weeks. It is unclear why removing animal products has this effect. However, what researchers do know is that certain plants contain the neurotransmitter serotonin. Antidepressants are often prescribed to increase serotonin levels as a way to relieve depression. Yet pineapples, bananas, kiwis, plums, and tomatoes are actually quite high in serotonin!

There are so many benefits of a vegan diet, and these are just a few. I realize not everyone wants to follow a vegan diet; however, you should at least consider adding more plants into your diet. They have so many protective health benefits. Would you follow a vegan diet to improve a health condition?